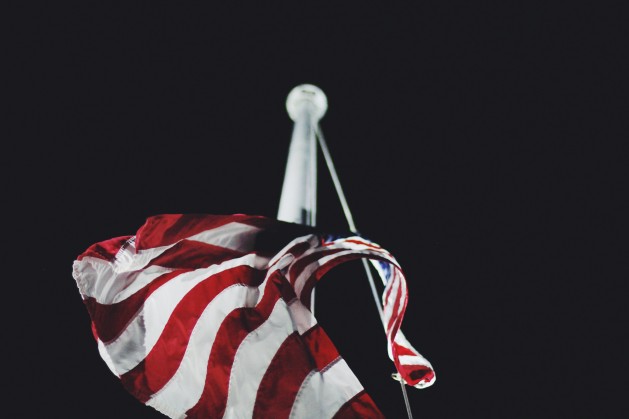 We point the finger and say, “It’s their fault: the ones who made the decisions and wrote the laws. No wonder our country is in disarray!”

We say, “It’s their fault: the ones who voted so foolishly. What were they thinking? We wouldn’t be in this mess if it weren’t for them!”

And then we get all spiritual and say, “It’s the church’s fault. If we were really being the people of God . . . if we were crying out in repentance . . . if we were humbling ourselves before the Lord like we should, none of this would be happening.”

And then we realize, “It’s sin – that’s all there is to it. We just live in a fallen world, and it’s going to be this way until Jesus returns.”

“. . . As a matter of fact, Satan is really behind all of this. He’s the king of disasters, and he’s been devouring people left and right since the beginning of time.”

He is wise and brings disaster.

No, not Satan. The Lord.

Now, I’m no scholar. I don’t pretend to know the ways of the Lord at all times, and I can’t say God is behind this mess we know as 21st-century America.

But it’s worth considering, because it just so happens Isaiah was speaking of a very similar day – a day in which people were trusting in anything and everything but God. So God, in his wisdom, brought disaster.

But do we ever even equate “wisdom” with “disaster”? We pray for God to clean up our disasters, not bring them. Surely he sees them as a problem to solve, like we do!

Well, maybe. Until we’ve proven disaster to be the only thing we deserve. Until disaster is the one thing that will bring us to our knees. Until God determines to show mercy, for otherwise we’d be wiped off the face of the earth.

That’s when he decides it’s only just, gracious, merciful, and forever wise of him to bring disaster.

Maybe, just maybe, this disaster is “his fault.”

Woe to those who go down to Egypt for help and rely on horses,
who trust in chariots because they are many and in horsemen because they are very strong,
but do not look to the Holy One of Israel or consult the Lord!

And yet he is wise and brings disaster.

5 thoughts on “Whose Fault is This Disaster?”