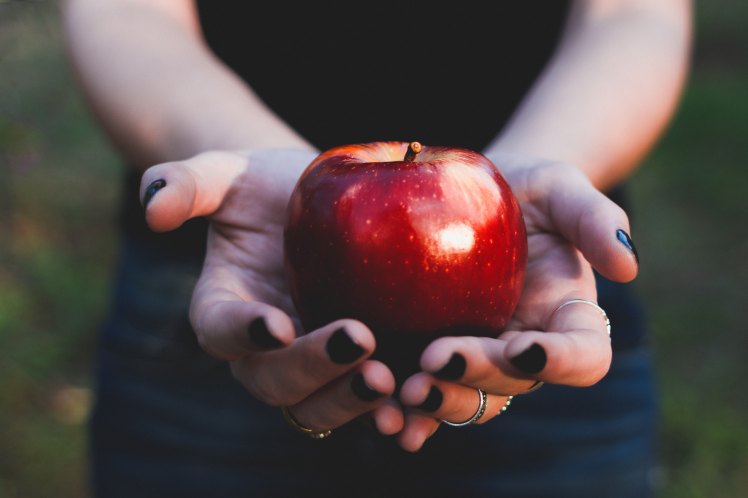 Alright, let’s figure this thing out. Who sinned first?

We’re not talking about Satan. Yes, before humans existed, he decided he wanted to be God and got kicked out of heaven, and a bunch of other angels did, too. For our purposes here, that doesn’t count.

We’re trying to decide between Adam and Eve.

Ask your Children’s-Bible-lovin’ four-year-old? “Eve! She ate the fruit first!”

True. But was Eve’s act of disobedience the first sin?

If she disobeyed, she had already determined in her heart to defy God’s command. Her heart chose sin before she took a bite.

Ask your Bible-commentary-lovin’ friend? “Adam! Adam sinned first by failing to protect his wife from the serpent!”

If Adam was fulfilling his responsibility to be the proper leader in his marriage, he would have advised his wife against such a life-altering decision!

Or maybe he didn’t.

Maybe he neglected his wife. Maybe he was too lazy or distracted to care.

Or maybe the thought started in his own mind, and he decided to put a bug in Eve’s ear: “It probably won’t matter that much. If you wanna go ahead and try the fruit, that’s fine with me.” And instead of discerning truth and respectfully challenging her husband’s position, perhaps Eve really just gave into his precarious opinion.

The Bible answers the question pretty clearly: who done it? . . .

Therefore, just as sin came into the world through one man [Adam, as mentioned in vs. 14], and death through sin, and so death spread to all men because all sinned . . . Rom 5:12

Adam did it. What did he do?

I don’t think we can know for sure. But I have my suspicion it wasn’t a bite of fruit.

{Disclaimer: Please note the “maybe’s” in this post. The author is not pretending to state an interpretation with certainty, but rather to simply provide food for thought and urge the reader to study the Word and ask these questions for themselves.}