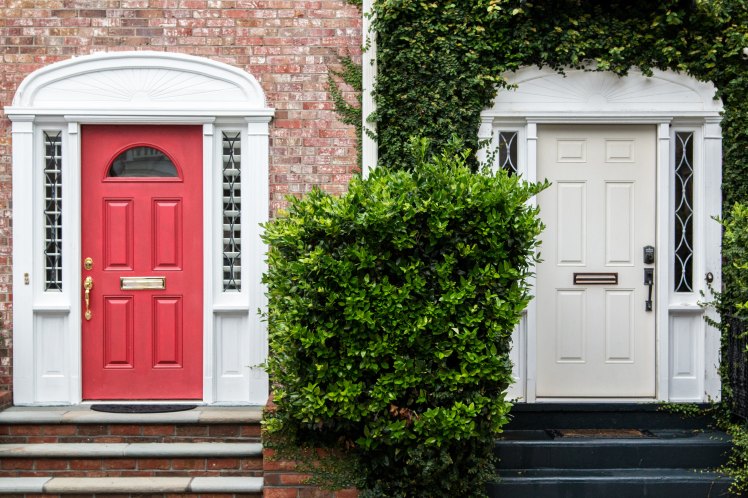 We’ve all encountered them. Those devout, nicely-dressed, bike-riding young men and women whose persistence in outreach puts Christians to shame.

Before you ignore the doorbell, or answer only to give a curt, thirty-second sermon on how they read the wrong Bible and worship the wrong Jesus, let me tell you two things I’ve learned about Mormons.

#1. Mormons need the saving blood of Jesus Christ. They are on their way to darkness and death. And you have the truth they desperately need.

#2. You have something powerfully in common with Mormons.

Ask any Mormon if they believe in the Bible. They will not only tell you they do; they will be happy to show you.

They will show you their Old Testament and their New Testament. And a lot of other books you’ve probably never seen.

This is a perfect, wide, open door for the gospel to reach them.

Some friends and I were given an opportunity to talk with some Mormons. And by “opportunity,” I mean, they showed up at the door of a friend’s house while we were sanding drywall. Here are some things we did.

1. We invited them to our house. Doorway conversations aren’t the best. Especially at someone else’s home. So, we gave them our address and expressed interest in talking with them further. They showed up the next week, and we talked for an hour. We invited them back. And they kept coming. How so?

2. We showed interest in what they had to say. Rather than shutting them out as soon as we saw their backpacks and nametags, we greeted them with kindness and expressed curiosity concerning their beliefs. We shared our disagreements but not in a pushy, “we-don’t-want-to-have-anything-to-do-with-you” fashion.

3. We initiated Bible study. We said, “Hey, you say you believe the Bible, and we say we believe the Bible. This is our common ground right now. So let’s study the Bible together.” They were quite agreeable. On the rare occasion that they would say, “Joseph Smith says . . . ,” we would kindly remind them, “Wait, a minute, that’s not the Bible we ‘agree’ on.” They were pretty happy to comply because it meant they could continue talking with us.

4. We followed their lead. When they made a point that was obviously unbiblical, we didn’t say, “That’s obviously unbiblical.” We said, “Oh really? Can you show us where you see that?” or “I don’t remember reading where Jesus said that. Can you explain?” We allowed the Bible to speak for itself. The more they saw what God has to say, the more the lies they were taught to believe folded before their eyes. Truth always prevails.

The result? The conversations continued for weeks. And months. They began to ask us questions. They were faced with the reality of “Scripture alone.” Not the Scripture of their own making. It puzzled them. And it often left them silent.

But they were still sitting in the living room. They hadn’t run. Here we were teaching Mormons about the God of the Bible, their only Hope.

Not every knock on the door is a gospel encounter. But it seems that our natural inclinations have the potential to turn many away.

Mormons have something very precious in their hands: the Word of God. It will guide them and lead them to all truth. Perhaps we are the unsuspecting “missionaries” they find behind the door who can kindly cut away the lies.

Then, when all that remains is the Only True Word . . .

By God’s grace, may they see and believe.

15 thoughts on “mutuality with mormons”